Chicago may be recognized for its harsh winter, but it is undoubtedly the home to a variety of skills and talents. Located strategically between the North American Free Trade Zone and the European and Asian markets, Chicago is standing strong across the globe with its diverse economy and the unique business circles. Chicago hosted over 500 companies, including the infamous Boeing company. The diversity of the city’s economy is partly due to the contribution of startups. Renowned entrepreneurs like Rahal and the co-founders of Groupon have also launched their projects and startups in the city.

Regardless of the tough times that occurred in specific industries, the city’s economic diversity is standing firm. According to World Business Chicago, the most significant parts of the workforce that any solo sector hires in the city are only up to 12%. These numbers represent the mixture of industries that are almost similar to that of the country’s economy.

Moreover, the city is also the home of innovation and creativity. World Business Chicago reported that the tech sector is the fastest growing industry in the town.

The city is implementing its plan for economic and occupational growth. It is no wonder that some people describe Chicago as the “economic powerhouse.”

Chicago is strategically located at the center of global trade and transit. From office space for lease in Chicago to office space for sale, the city offers several options for startups to set up their first business. The location also provides an accessible route with more than 1000 departures to over 200 cities worldwide every day.

Moreover, Chicago is where the world’s most prominent data networks intersect, virtually. Giant companies such as Google, Stripe, and the popular social media platform, Facebook, each has a satellite office located in the city.

Fundraising opportunities for startups used to be slim, but the situation has significantly changed, as stated by Ziegler. For instance, Lefkofsky and Keywell, the two amongst the three co-founders of Groupon, has founded a VC firm in 2010, which aims to invest in the city’s startups. Since then, the firm has been investing in a growing number of businesses.

Coastal hubs such as New York City has a higher cost of living compared to Chicago. The city is also relatively affordable business when it comes to office space or employees’ wages.

Moreover, Chicago allows startups to come into contact with a variety of clientele.

Aside from affordable housing, Chicago is surrounded by excellent schools that offer a large stream of talent, including the best engineering and entrepreneurship program.

Chicago is indeed an “economic powerhouse” that embraces and welcomes startup entrepreneurs. With the city’s hospitable environment for startups, together with its excellent quality of life and reasonable cost of living, the city offers endless opportunities for startups to launch and grow their businesses.

If you are aware of an annual conference in your … 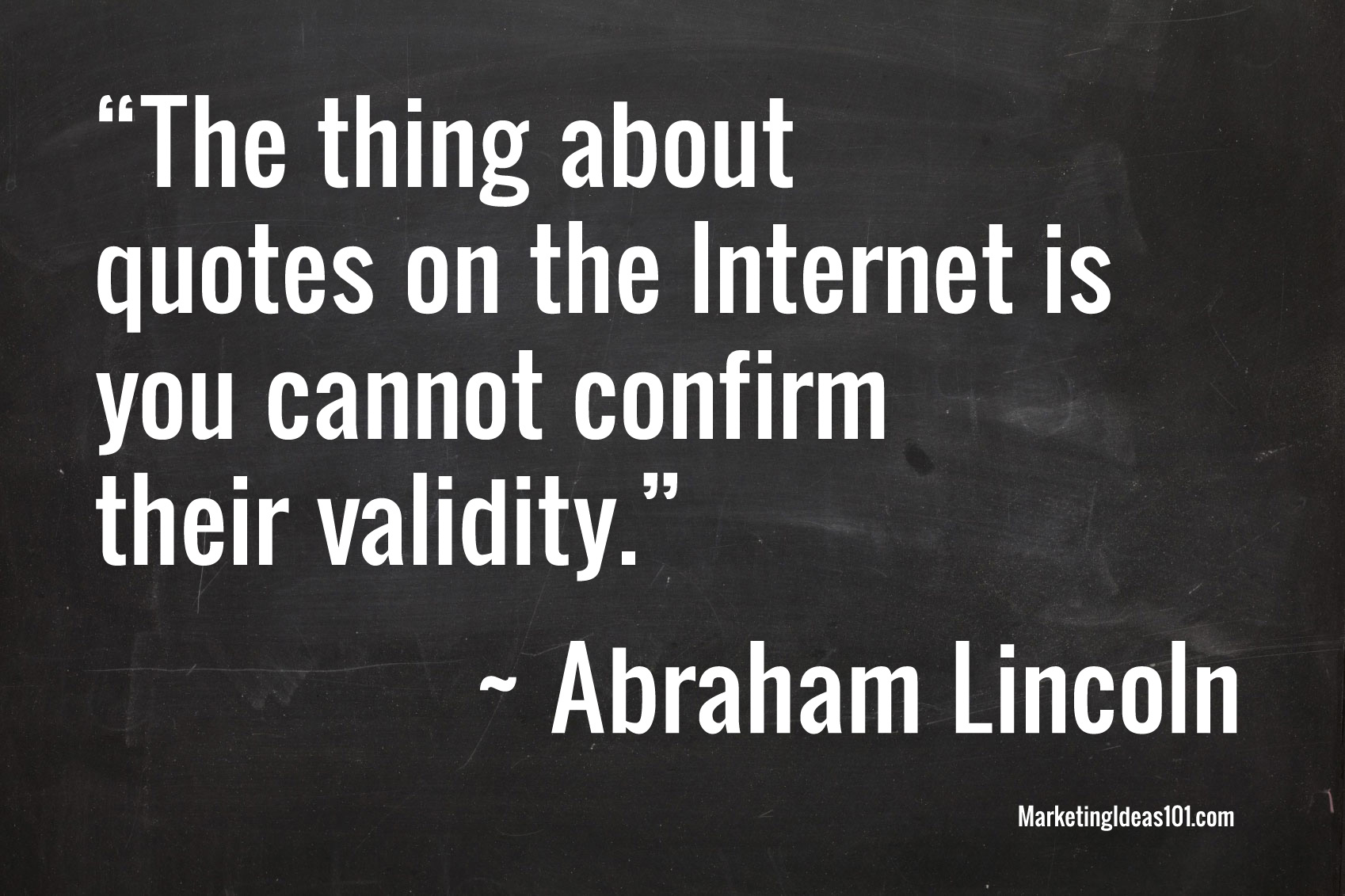 “The thing about quotes on the Internet is you cannot …

Helping business owners and nonprofits get a grip on that marketing beast, tackle prospecting problems and conquer the world in your own unique way.

Our website is made possible by displaying online advertisements to our visitors. Please consider supporting us by disabling your ad blocker.